This was my third time running the Cul de Sac 5k. This is a series of 3 races on Monday nights in July through the Wyndham neighborhood in Richmond, VA. It is also one of the hottest races I've ran as the average temp is around 90, with the 'real feel' possibly in the 100's.

Packet pick up is before each race and if you run all 3 they hand out something. The first year I ran it was a towel, the next time it was a medal, and this year it was a hat. I like that they don't do shirts as I don't really want a shirt anymore from a race. On the last night they have pizza for everyone and one of the sponsors had Popsicles they handed out.
The course follows the road around the school and dips in and out of 3 Cul de Sacs before completing the loop back to the school and the finish. One neat thing is they add up points form all 3 races to determine age group and top finishers, so you can mess up one week and come back strong the next. This series is also a good way to see the effects of temperature and how it affects your running. The first week was the hottest and also my worst time, while the second was the coolest and my best finish.
There are usually 2 to 3 water stops along the course and some of the homes will be out with sprinklers hosing you down if you want it.

This is a run series and I'm looking forward to next year.

Link to this review
Login or sign up to leave a comment.
Ben Wachter recommends this race
(2018)
"What happens when...." 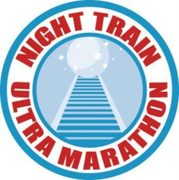 So I signed up for this in November of 2017 thinking it was at night and a half marathon in Virginia in June is no problem. Yeah right. Temps at the start were around 92 with no wind. It was going to be brutal.

I arrived in Farmville around 4pm and found a place to park. There's plenty of public lots in town so that was easy. Packet pick up was easy and quick with multiple lines based on preregister and walk up and the staff were super efficient. Before the race we had a few words about the course and what to expect for the half and ultra runners, then everyone lined up at the start at the trail head. The course is on the High Bridge trail, an old railroad bed that has been converted into a trail system and runs through High Bridge Park. The course was flat with few road crossing and crossing High Bridge over the Appomattox River is pretty awesome. The half marathon was out and back, simple enough, and the ultra runners went out further then came back and went out in the opposite direction at the start.

The aid stations were well stocked with the usually ultra goodies, pretzels, fruit, soda and water. Due to the heat they set up extra unmanned stops to refill water bottles which was great. The director sent out an email advising everyone to carry water, and if you didn't have a handheld or pack on it would be an automatic DNF. I have to appreciate a group that thinks about the runner safety that way.

Overall this was a simple low key event. No Expo, no fancy sponsors, just a group of people getting together on a hot summers night to run on the trails. And for that reason I would recommend this race, and I may try the ultra next year. As flat and easy as the course is it would be a good course to try for your first time.

Link to this review
Login or sign up to leave a comment.
Ben Wachter recommends this race
(2018)
"At least the hill came first"

This was my first time running the Crozet Trail 5k and it did not disappoint. For $5 entry you got a shirt, a fun course, and a family friendly event. The race is cut off at 250 runners but I think they went over that by a few and it was fine.
The course is held on the trails at Mint Spring Valley Park and there is 668' of elevation gain. I think most of that is in the first mile. The scenery, what you could see of it was nice with a sometimes glimpse into the valley and the town below you. Most of the time I was watching the roots and rocks in front of me. The downhill sections were nice and challenging and I was able to make up some time from power hiking up the uphill sections that I couldn't run.
The weather was very warm for May, but it felt nice in the trees so you didn't really notice it.
Personally I don't think you need aid stations for a 5k, but they had one set up about halfway, and the fish had water and snacks for everyone. Also the shirt that was given out was one of the best I have received at any event.

Overall, this was a great race and should be declared 'Virginia's Toughest 5k' if someone hasn't already claimed that title.

This is going to be a hard review. On the one hand, the race was an experience, both good and bad. On the other, I can't blame the race for problems with my performance and complaints I have with the District, so let's just cover the race first.
I had heard of the Rock n Roll Series but never ran one of their races before. I arrived Friday and checked into the hotel and parked my car in the garage. That's one good thing about the City, you can get anywhere via the Metro or walking. I was only 2 miles from the expo so I ran over and noticed they already had signs and cones for the road closure, so the City was prepared ahead of time.
The expo was well ran. You entered and went through security then went downstairs and got your race bib. Before going back upstairs to the actual expo, you had to scan your bib and verify the info. Back upstairs, you got your shirt and gear bag, then entered the swag zone. Brooks was a big sponsor, so they had the lions share of area with shoes and finisher clothes available. I didn't pick up anything at the expo, but plan on ordering a shirt I saw off the site. Once you left you then went into part 2 where the smaller sponsors and vendors were located. I kept my tradition of picking up a new pair of socks alive and met some race reps and a couple of the brand reps of products I like. The expo was held at the DC Armory so you had bus or Metro options available for transport. I hopped the Metro and spent the rest of the day at the Smithsonian.

Race Day was a cold start but the sun was out and everyone was excited to get going. I know the announcers are supposed to mention the race sponsors but it got way to commercial sounding at times. The course takes you all over the city from the Mall, to Calvert House (watch out for that hill) then back toward the Capitol and through neighborhoods until you cross the Anacostia and run through a series of parks. There are plenty of aid stations along the course and the mile markers play music but the local community doesn't really come out. There would be long stretches of the course where you wouldn't see anyone but other runners. Other marathons I've ran in the past have had community block parties and people cheering and holding signs at every intersection. Toward the end you go through Fort Dupont Park, where there's another sizable hill.

Overall, Rock n Roll put on a great event. The course is well marked and well supported. The expo was a good size and laid out to get through easily. MY complaint is with the City. Parking lots are ridiculously priced, and there was a definite lack of community involvement.

Link to this review
Login or sign up to leave a comment.
Ben Wachter recommends this race
(2018)
"Why's it so warm today?"

This was my 4th year running Monument Ave and it never fails to disappoint. There were some things going on around town that affected the race, but the directors and Sports Backers did a great job of compensating.
The expo was moved this year to the Richmond Raceway Complex, when it usually held at the Arthur Ashe Center due to the local minor league baseball team having opening day the same weekend. I heard some complaints about traffic but had no problem getting in. One thing I found disappointing was the number of vendors that had left early during the expo. I volunteered at a booth for a couple of hours, and when my shift was over most of the other vendors had left and the expo was still going on. I got my bib and opted out of the shirt this year, as I don't need any more t shirts.
Race day came and the weather was about 30 degrees hotter than the last couple of weeks and you could tell a lot of people were not ready. We started promptly at 8:30 in waves based on times listed when you signed up. Even with this the roads were crowded with over 20,000 people running this year.
There were four water stops evenly spaced with water and Powerade. 7 years of running and I still cannot drink water out of a cup while running. I need to practice that more.
Crowd support was huge. Bands or DJ's about every half mile and the street is lined with spectators and people cheering and clanging cowbells.
As for the course it is out and back and mostly flat. There is a slight incline around mile 5 to 6 that sneaks up and with the heat you felt it this year. The finish line was full of people, most of them getting sick off to the side but it was promptly cleaned up and you were herded to through the chute to get your water and medal. This year was part 2 of a three part medal.
Finish festivities were well spaced over several blocks and had a street party vibe.

Overall, Monument Ave 10k is a great race. It is crowded, and the expo leaves something to be desired, but you cannot beat the local community that comes out and cheers everyone on.