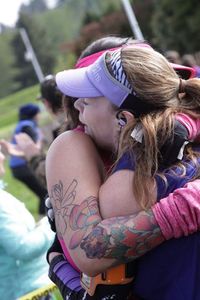 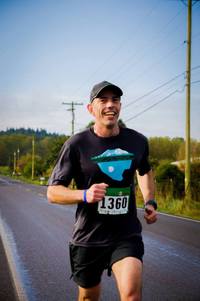 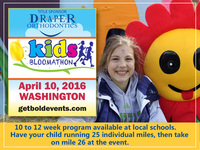 Write a Review
What did you think of the race? Share your thoughts! Write a Review
Julia Montag recommends this race
2017
"Love This Race!"

This race was a blast. It's put on by the amazing race director, Elby who pours his heart into the race.

1) pre-race - super active on social media and sent out a great pre-race email with important information. They mentioned expo, gear check, post-race, if other people could grab your bib, AND most importantly they mentioned the course, and this .75mi long gravel patch that would come up around mile 8. It was so nice knowing that beforehand.

2) The expo was Fri & Sat night, and ran until 8pm on Friday which was nice. We drove up from Portland (about a 30min drive), but were able to avoid rush hour traffic due to the later expo time. Everyone handing out the packets were so nice, and I was able to register my friend for the marathon very easily.

3) Race - Parking at the race was a breeze. It was 20 feet from the start/finish, and lots of room for cars, I appreciated this since we had drove up from Portland and it was a cooler day, so nice to wait in the car until the start. The relay and marathon start first, then the half, then 10K. I was running the half, and came up on the relay & marathon runners, but it wasn't a huge deal, everyone moved aside for each other. The course was flat, well marked, and beautiful. For a nice strip, you were able to see mt hood in the distance. Normally a ton of tulips are in bloom, but because this year was so rainy, they hadn't really sprouted up yet. There was that gravel patch I mentioned around mile 8. It was pretty tough to run on, but knowing I could expect it, made it so much better. All the volunteers were so nice on course, and there was water stations about every 3 miles.

4) The finish was awesome. They have a great finish arch, and the race director welcomes every runner in. There were people handing out medals, water, bananas, and chocolate milk. There was also a big finish area with tents, heaters, free beer, food, and swag if you wanted to purchase. It was a really nice atmosphere, and you could hang and drink your beer while watching the other runners come in.

A few of my fav things about this race were:
1) The course! It was so nice to run somewhere different in PNW, but flat. It was beautiful, and flowed well. I don't love straight aways and this course had a good balance and straight aways and turns
2) The BEER! The race partners with a local brewery to make a race specific craft beer. They had the brewery at the post-race are handing out the Bold IPA, along with other beers they make normally. There were so many options! Definitely a craft beer-lover's heaven
3) The race does an awesome award ceremony, not only for the top finishers, but ALL age group winners too. I loved watching so many runners from the day hop on the podium and be congratulated for their awesome race.

I can't wait to run this again.