This was my first Sunrise Series race. There was ample parking at the Southeast Regional Library adjacent to the Water Ranch/Riparian Preserve park. There was plenty of signage to guide participants to the registration and Startline area. I was surprised when they handed us the medal at the registration with our bib and tank. Participants were told that we earned a bar to attach to the medal upon completing the race. Each participant also received a tech tank by Augusta Active. The ladies tanks are a nice full coverage cut.

The course was similar to the Arizona Road Racers Summer Series course, but run in the opposite direction. We start in the park, head west through the main park and then along the back side of the park to the canal. This direction wasn't indicated on the online map.

The race is pretty small, roughly 250 participants. Since we went through the park, the path was a little wider and we didn't have to dodge branches. There were two water stations along the course at mile 1 and mile 2.

The course was a little short (2.85mi). After race "runner's brunch" of bagels and fruit were appreciated. I love races in the east valley and I would definitely do this race again. The medal and the tank are really nice for a 5k! I wish more 5ks would do tanks.

Link to this review
Login or sign up to leave a comment.
Olivia recommends this race
(2015)
"Esprit de She Tempe Sprint Triathlon" 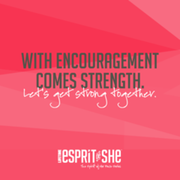 The Esprit de She Tempe is home to Duathlon and Triathlon (3 distances: Super Sprint, Sprint and International). The mandatory packet pick up and bike drop off on the Saturday before the race, makes it a weekend event. The expo/packet pick up area is also the finish line area. It's typically warm during the athlete's meeting. This year there was a founding finisher's section in transition. This only pertained to the location of the bike racks. There were no added perks like there were in last year's race (additional port a potties in transition). The remaining racks were divided by the distance/event you were competing in.

The swim start takes place 75 mi from the shore's edge. There are 3 min between waves; waves are divided by age and event distance. The buoys were clearly marked and there were a number of kayaks for race support.

The transition area is in grass, so keep that in mind.

The sprint bike distance is one 12 mi loop. The international distance does 2 loops for the bike. There were a number of steep hills (Priest Road over pass, Curry Rd, Lakeview Dr) and a quick u turn.

The run is along the dirt path along Tempe Town Lake coming back to the finish along the sidewalk. There are rolling hills during the run.

The expo features a beauty bar (massages, hair & nail treatments), a bubbly bar (mimosas or sangria) for participants 21 years and up, and delicious breakfast burritos by Cafe Boa. There was also a photo booth (free pictures posted to the Aspire Facebook page). My favorite part is the race shirt: It's a cycling jersey made by Moxie Cycling (worth $60). It's flattering for a wide number of body types. Depending on when you register, you can also score an extra Moxie jersey. Keep an eye out on promotions (like registration before the end of the year.) Race pictures were also provided free of charge by Athlinks.

Note: I am an Esprit de She Ambassador and I was granted a comped entry for this race. http://balancingmommy.com/about/affliations/

Link to this review
Login or sign up to leave a comment.
Olivia recommends this race
(2015)
"Tri 4 the Cure - Sprint Triathlon"

The Tri 4 the Cure Sprint Triathlon is one of 4 ladies only events held at the same location. There is also a 5k, Duathlon (run, bike, run) and a relay option for the triathlon. This review is for the sprint triathlon (400 m swim, 8 mi bike and 2.4 mi run). The pre-race expo was held at the Village at Gainey Ranch. It was a small expo with only one major vendor (sponsor: Destination Kona). Participants had the option of selecting their style of race swag: tank top or T-shirt. The tank top was a welcomed change from the standard tech t-shirt. On race day the parking at Phoenix Country Day School was a little limited. We arrived early and didn't have much of a problem. Others arriving later had to park across the street in a office parking lot. There was plenty of room to set up in transition; the racks were not labelled, but that didn't cause any issues.

The swim takes place in the 50 m pool at the Phoenix Country Day School. The pool swim is staggered with swimmers starting at every 10 sec. A fun part of this race is that Olympian Misty Hyman starts off the swim. Swimmers are arranged by elite status, then by age group status. The serpentine swim zig zags through the lanes of the pool, starting on one end and exiting out of the farther lanes.

There was a short run from the pool to the transition area, all concrete and asphalt.

The bike course was a two loop course. The hills of 32nd St and Lincoln were pretty steep for those of us who trained on flat streets in the valley. For this location, it was recommended that bikes have multiple gears to tackle these hills. There were a number of people who needed to walk their bikes up the hills. Cyclists were rewarded with a fast downhill on 36th St. The course was well marked, although the streets were riddled with potholes and uneven pavement on 32nd St.

The run took place along the Arizona Canal. It was a nice flat run from the canal back to the school's soccer fields. There was one water station along the 2.4 mi course.

The finish line was fun and festive! The best part of this race is the camaraderie and support of other participants during the race. Everyone was really supportive, from the seasoned triathletes to the new racers. Breast cancer survivors were also acknowledged and celebrated during the race (special transition area and extra goodies.)

Link to this review
Login or sign up to leave a comment.
Olivia recommends this race
(2014)
"Esprit de She 5k"

Parking was really easy and readily available near the baseball stadiums. I got to the race venue about 45 min before the 10k start and there was still plenty of parking on site. There were a lot of port a potties, so the lines moved really quickly. There was a fun and festive atmosphere from the start!

I did this race last year when it was at Tempe Town lake, and while parking is better in Mesa, the route was more scenic in 2013. The 5k route takes you around and through the baseball fields in the Mesa Riverview park, the Cubs spring training area. It's an evening race, so it's not well lit in some places. There was a section towards the 2 mile mark that was through grass. It was hard to see because the lights were a little blinding, so most people slowed down for fear of running into holes. I know that I did!

There were a few switchbacks, so it was fun to see the 10k gazelles racing and it was great to cheer them on! I liked that the 10k runners started before the 5k. It helped with the congestion. The course felt and measured short (2.8 mi), so that was a little disappointing but the best part of the race is the ladies night afterwards!!

I loved being able to hang out with friends and cheer on the 5k and 10k finishers. The post race bubbly was great, and the other food offered was pretty good (yogurt, veggie sandwiches, fruit); although I didn't care much for the chili (too spicy for my tastes). You could take home a plant, which I thought was a cool touch. I loved the Athleta bag, the finishers' tank and photo booth. Great swag!

Overall, I had a great race and fun times with old and new friends! It's one of my favorite ladies' night races and I'll be back for more.

Link to this review
Login or sign up to leave a comment.
Olivia recommends this race
(2013)
"Hot Chocolate Phoenix 15k"

This was my first time racing this distance and this event. The swag totally rules - the 1/4 zip, long sleeve hoodie is going to be tough to beat. It was perfect for our Arizona winters. The expo was a good size, not too big and not too small. The chocolate samples make the expo even sweeter! Make sure that you check the size of the "goodie bag" (your hoodie) because sizes ran a little small. I was a little bummed that the boys got blue lined hoodies and the girls got purple, I love blue! I also thought that the 5k runners would have a different goodie bag, but it's the same hoodie. Be sure to look out for ambassador codes for extras in your goodie bag. I found one for a travel mug and it's held up nicely for my hubby's daily use!

Race day there was plenty of parking at the Salt River Fields and the adjoining shopping center. Since my brother was running the 5k, we were there pretty early. There were a ton of port a potties! No shortage and really quick moving lines.

It's the best time of the year for running in AZ, made even better with sweet treats waiting for you at the finish line!