The Urban Bourbon Half Marathon presented by Jim Beam® has continued to capture the hearts of runners and Half-Marathoners around the country. In its sixth year of continued growth since the organizers renamed and rebranded the event, the Urban Bourbon not only delivers a seamless race-weekend experience but it maintains an active social reputation and community.

“Great post-race party that does not run out for the back of the pack!” 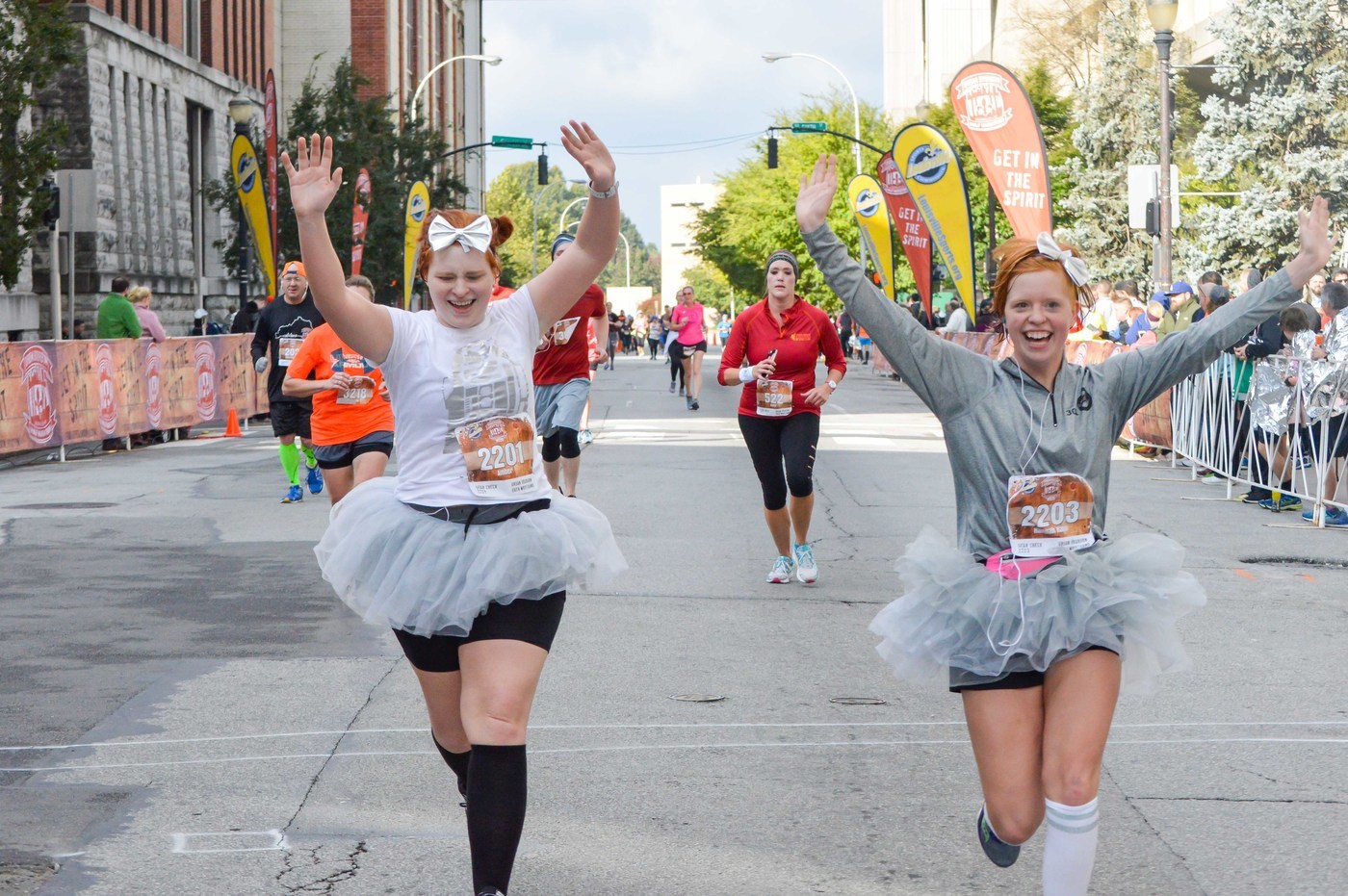 The Urban Bourbon Half Marathon presented by Jim Beam® embraces the bourbon all weekend long. Those visiting from out of town will enjoy the free distillery tours offered up to race participants (along with bourbon tasting at the expo! 🥃). The race starts and finishes on Whiskey Row, and when you cross the finish line you’re awarded with a wax-dipped bourbon bottle medal!

Once the race is over, the fun is just beginning. The post-race “bourbon bash” has been called by runners “unlike anything you’ve seen!” and a “great post-race party that does not run out for the back of the pack!” A live band keeps the party going, along with pizza, local Kentucky fare, and—you guessed it—MORE bourbon!

That’s not to say it’s just fun and games, though. The Urban Bourbon Half Marathon presented by Jim Beam® is also known for operating a silky-smooth race—everything from pre-race runner communications and easy bib pickup, to expo logistics and a seamless race day event. And, while it’s been heralded for its post-race party, the fall scenery through one of Louisville’s oldest parks makes the non-bourbon part of this race just as worthwhile. 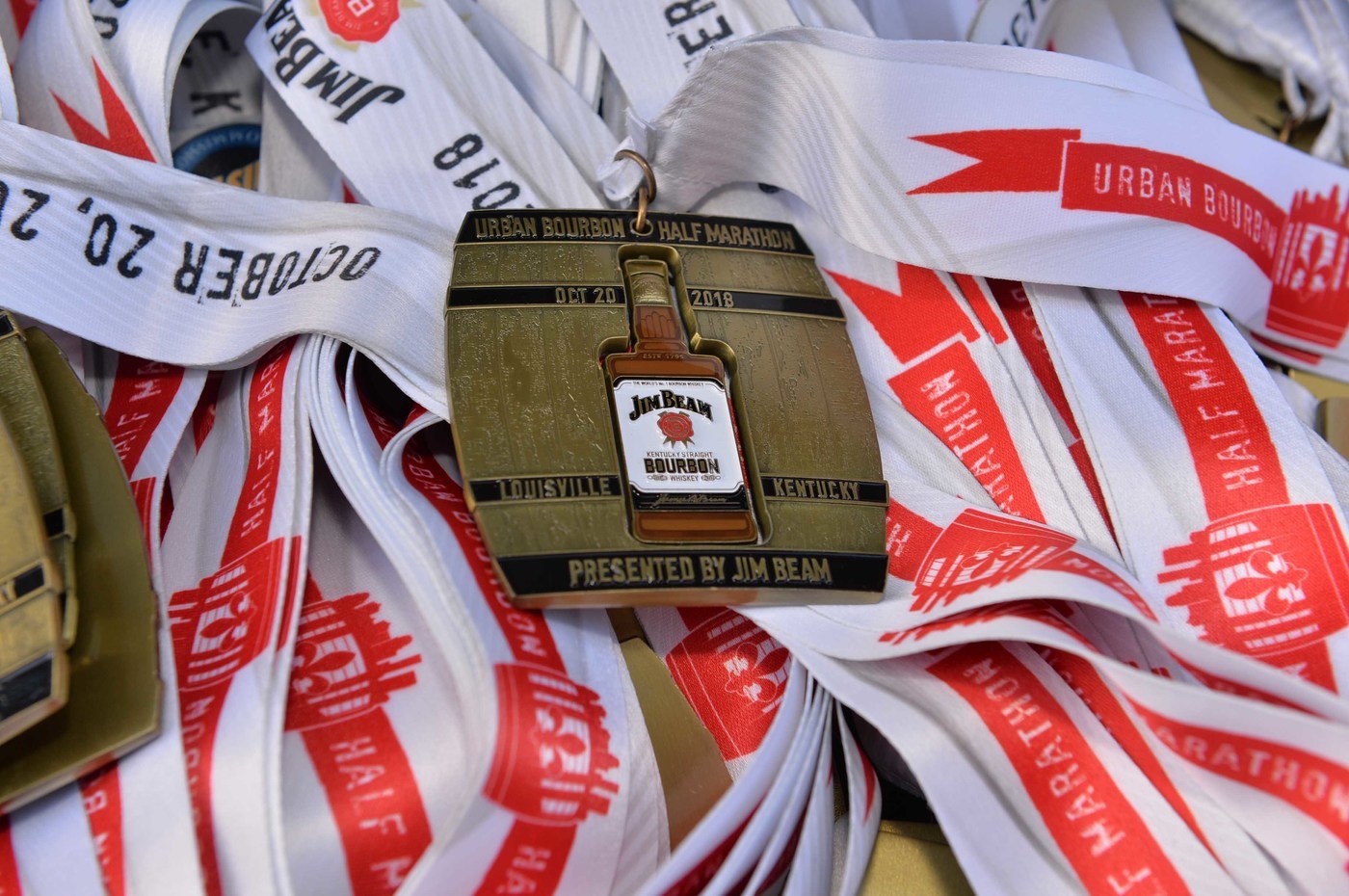 (86 reviews)
(86 reviews)
98% of reviewers recommend this race
Read Reviews
This website uses cookies and pixels so we know how people are using the site and to ensure you get the best experience here and elsewhere on the internet. That cool?
View our Privacy Policy
Yes