Write a Review
What did you think of the race? Share your thoughts! Write a Review
Tim Murphy recommends this race
2018
"Tokyo Marathon Review - new PR on a fast course!" 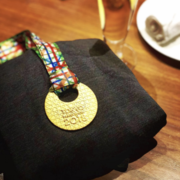 Summary - TL;DR
Very fast course overall, in a country where running is serious business. Great energy, great aid stations, and a fast course definitely make this race worthy of a spot on your bucket list!

Expo
Pure. Madness. It was well organized and wasn't a mess or anything - but in true Japanese fashion everything was big, bright, loud and ENERGETIC. There was a ton to be seen and I managed to walk out with several items - and I rarely buy stuff at expos!!

Parking
N/A - stayed in Shinjuku which made access to the start SUPER easy. Highly recommend.

The Start
A very slow start with thousands of slower runners at the front made this race feel like less of a "Major" IMHO (there was a serious log jam through mile 2 that led to almost a complete stop at times). Not a ton of signage to show people to the start, but the flow of people was such that it was pretty easy to figure out.

The Course
The Tokyo Marathon is mostly flat - a few bridges and small hills here and there, but overall pretty darn flat. There are a few 180 degree turns which would probably rule out this being a "super fast" course, but that those few seconds might not matter to you. Even vying for a PR, I still wasn't bothered by the 180 turns. I actually liked that the turns created out and back sections, where I could check in with and cheer on my buddies who were also running. In fact, during my darkest hour, I was rooted on by one of my buddies who was seeing me running back as he ran out, and that encouragement was HUGE at that stage of the race!

Aid Stations
I thought the aid stations were clearly marked and well-organized. They were only every 2-3 miles, so if you didn't plan or saw a hot day, it might have been on the thin side (tho if temps rose they might have added stations). But for my needs, there were plenty and they were well organized and SUPER clean. In some races the trash from runners at the front really builds up on course (I'm looking at you, London Marathon!), but this was the total opposite. As soon as a cup went down, there were like 5 volunteers on it with rakes and bags. No trash made it more than 5 seconds on the ground!

Port-a-Potties
I didn't use any of these, actually. Sounds like they were adequate from others in my group though.

Swag
Oh man - overall some of the best SWAG for me. 1) I liked the shirt, design, and fit - gotta love being a small guy in Japan! Seriously though, big fan of the shirt - but they only had unisex sizes which means a ton of ladies had ill-fitting shirts. Can't believe a major marathon would only have unisex sizes!
2) The medal was definitely my favorite of all time, and definitely one of the nicest I've seen (pic below). Totally unique design and aesthetic, and everyone agreed that it was just gorgeous.

Post-race Transport
Our tour group provided a coach bus back to Shinjuku, which was amazing. After a VERY long walk to our bag pick up, it was critical to get on a warm bus rather than have to take the train. Not sure I ever would have warmed up without that bus. (the post-finish line walk was 30 minutes at least, and by the time I got to the bag pickup I was FREEZING. Was supposed to have a race poncho for the walk but must have missed the pick up. Didn't see anyone around me with one either though)

Conclusion
I really liked this race, but I was put off a bit by the start. I lost at least 30-60 seconds on the front end (30 on my watch and another 30 or so in lost energy expended trying to weave through thousands of slower runners who were somehow put in Corral A). When trying to PR - that definitely makes a difference! (I still PR'd but missed my goal by 75 seconds...).
Overall though, Tokyo is just a magical place, Japanese people love running like few places in the world, and this is still a super flat course with a HUGE feel to it. Not perfect, but definitely worth doing.

My Race
Was trying for a 2:43 and was on track for most of the race despite having my Garmin off by about 30 seconds per mile for each mile (it just seemed to struggle in the city). Thank gosh I memorized my average goal 5K split because all the markers are in Ks. I lost that 30 seconds in the first mile despite trying to move through the crowd as best I could, and then was back on track through 30K where I started to fall off. Slipped until 37K where I got that shout of encouragement from my buddy and was able to dig deep and claw my way back into PR contention. Ended up with a really hard-fought 2:44:13 (2 min PR) which I was really proud of. Hard day but so much fun!!!!