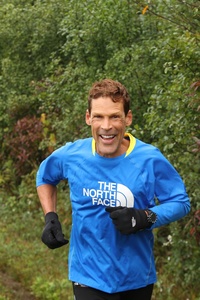 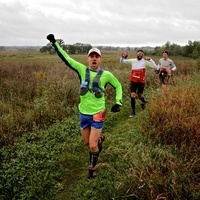 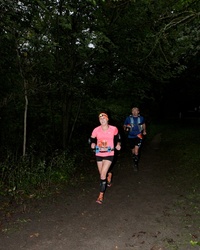 Write a Review
What did you think of the race? Share your thoughts! Write a Review
Heather recommends this race
2015
"AMAZING Race Weekend! "

The 10k was held on Sunday, October 4, 2015 along with the half marathon and 5k. The race was at 9am, which I loved. I was also there Friday for packet pickup (shirt & bib), as well as to hear the speaker panel, and then at the race all day Saturday to cheer on friends. SO glad I went for the whole weekend, as I got to experience the entirety of the ECSWI awesomeness. It was quite cold to stand around cheering Saturday, and seemed cold Sunday until I started running - perfect running weather! I think it was mid-50s with overcast (my favorite running weather).

Things I loved:
+ Every single person involved with this race (workers, volunteers, race director, runners) were just some of the nicest and most enthusiastic people I've ever met
+ The shirts were made from recyclable materials, and is also super comfy. I really like the design.
+ Medals for all race finishers.
+ Gorgeous scenery.
+ Challenging course. Yes, I put this in the + column. (PS A lot of people will say rolling hills. I personally thought there were some really tough, steep ones on the course. I come from mostly flat running, so this is just my opinion, and want to warn others that run mostly flat terrain, that the hills might come as a surprise if you aren't ready for them. That being said, I trained on hills and trails, so it was ok, but others kept telling me they weren't too tough, and I would disagree haha).
+ Sierra Nevada beer options at the finish line party.
+ Fire pits to keep everyone warm (we camped out a bit at one of them on Saturday).
+ Virtual race bag (environmentally friendly).
+ Awesome speaker panel - super interesting and inspirational to listen to other ultra runners talk about their experiences.
+ Multiple days and locations for packet pickup.
+ 2 hour time limit for the 10k
+ Clear course markings and they were plentiful. Anytime I thought maybe I turned the wrong way, I saw my red ribbon (color of the ribbons corresponded to races/your bib color). They had about 40 markings for every mile, so we were told at the speaker panel, and I believe it. I was a little nervous I might get lost, because I certainly wasn't running with a big crowd to follow (and you want to be careful you aren't following the wrong runner doing a different race/course than you!), but it was easy to find your way. At forks, there was even a sign with an arrow pointing you the correct way. Very well done.

Things I didn’t like:
- I don’t know if it was just us, but there were 3 of us trying to find the exact start location so we knew what to put into the GPS to get to the race, and none of us could find anything more specific than Kettle Moraine, Eagle WI. Turns out, it was in Dousman. Luckily, when we went into the wrong entrance (we were at the South Headquarters, which seemed right on the map), there was a crew looking for an aid station, and they told us it was at Ottawa Lake Recreation. Luckily, we left with plenty of time to spare, but it would have been nice if that location was written on the website as the start/finish line area. (We are partially to blame, as we were at the speaker panel the night before and failed to ask. But this might help others who are confused in the future – check beforehand on actual start location)
- For some, I would think the number of aid stations is lacking. I only did the 10k, so I was fine with the one stop at about 4.2 miles (I didn’t even sue it), but coming from Chicago races, which generally have about 8 for a half marathon, you might want to consider bringing your own hydration.
- This is something so trivial, and I’m a little embarrassed to say it disappointed me, but I am one of the slower runners, and when I finished, my medal ribbon only said ‘Endurance Challenge 10k’. Someone pointed out to me that there was no date, which I thought was weird because other medals from other distances had it on the ribbon. When I saw a friend of mine had a 10k medal WITH the date and wisconsin on it, I went to see if I could exchange, but unfortunately all of the medals left were generic ribbons like mine. So again, super lame, but I do wish I had a ribbon with the state and date on it.

I would DEFINITELY recommend this race series to anyone that wants to have a great time and challenge themselves. I would say to train on trails, if trails aren’t your thing, to prepare you, but it was one of the best race weekends ever. I had so much fun with my running friends from different states, and it was great to come together to support and celebrate one another. This was my first trail race, and I'm glad I eased myself in with a 10k, and am considering the half for next year.