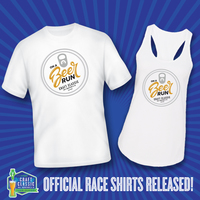 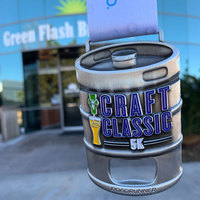 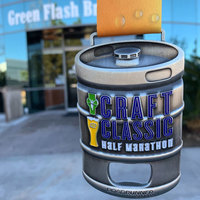 Write a Review
What did you think of the race? Share your thoughts! Write a Review
Amanda Berg recommends this race
2021
"Great Local Vibes"

2021 was my first year running the Craft Classic Half and my first race back after all the races were cancelled in 2020. This is one of the smaller races I've done and I liked the smaller, local vibe.

Race Expo / Swag
Packet, t-shirt, and bib pick-up was at RoadRunner sports. I liked that we got bonus points for shopping at the store that night, since I usually shop there anyway and I needed new shoes! We also got a digital swag bag with coupon codes after the race.

Race Course/Experience
This has the potential to be a really sweltering race. We got lucky that there was cloud cover all morning! Much of the course is actually downhill, which was nice, until you get to the hill at mile 10-11. This was a bit cruel. Worse than other races? Maybe not, but definitely tough on me since I was not well-trained up at this distance. Then after I survived that hill, one last hill at the end really ensured this was my worst half marathon time ever.

But you know what? I was still smiling! Because I was in San Diego and I just finished another half marathon! So, even though the course has it's challenges, that's kind of the point, right? Don't let that keep you away.

Race support on the course was great for a race of this size - after the first stop that had porta-potties, it didn't seem like the later stops had any lines. After mile 9 there was water every mile. It's not a very scenic route and not a lot of people out cheering, but you definitely don't have to worry about finding what you need on course.

As the name implies - there is also free beer at the end! I am not one to partake in beer after running so far, but it's a good bonus, and I did pick up a free beer glass that I have been using regularly.

Overall, would recommend it and potentially run it again!