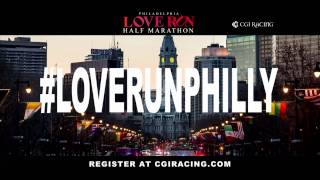 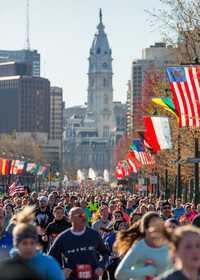 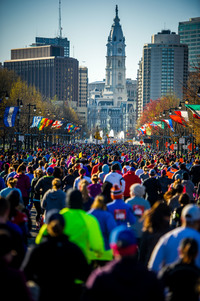 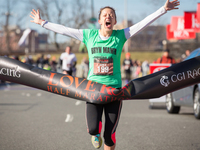 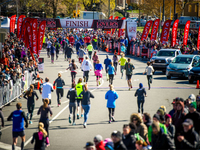 Welcome to the Race That Loves You Back! The Love Run Philadelphia Half Marathon is the city's official spring half marathon. The course takes you past all the iconic historical sites of Center City Philadelphia. This is not just another out and back on MLK Drive. We hope you'll kick off your spring with us and #loverunphilly!

What did you think of the race? Share your thoughts! Write a Review
Janelle Johnson-Grummert recommends this race
2016
"My First Love Run - Relay Style!"

I had been hearing about The Love Run Half Marathon in Philly the past few years but never had an opportunity to sign up until this year! Since I was already running a 10 Mile Race the weekend before, I thought it would be fun to sign up for the brand new Half Marathon Relay. The relay was split between 3 runners. The first leg was 3.9 miles, the second leg was 5.6 miles and the final leg was 3.7 miles. I ran the final leg.

The bib pickup party took place at XFinity Live on the Friday and Saturday before the race. There was TONS of great swag available to purchase with Love Run branding and all 21+ runners got free beer tickets. Our swag bag came with a gray T-shirt and mug that were really nice quality. As a relay runner, I also received a chip that we would wrap around our arm or leg that would be passed on to each runner to keep track of our time.

It was a REALLY COLD morning for race day. Logistics for the relay runners was pretty confusing. The first and second leg starting points were in similar locations, but the final leg had to take a bus to get to West River Drive where we would run our last few miles and finish the race across from the Art Museum. After being dropped off the buses, we had a long walk to the relay station where everyone had to line up by bib number. Communication could have been MUCH better because it wasn't very obvious what we were supposed to do. We ended up waiting outside in the cold for well over an hour, but at least there were porta potties, heat sheats and bottled water available!

Thankfully, it started to get to the point where the second leg runners were coming to meet their teammates. My boyfriend is much faster than me which in this case was a relief! He quickly handed me the chip and I awkwardly held it in one hand with my cell phone in the other hand, both covered in gloves. Because of his pace, I was with runners who ran the entire half marathon around an 8-8.5 minute pace which was really exciting! The course had a lot of energy and spectators and while I've run that route so many times, this time it wasn't so bad.

At the end of the race I got my medal (which was really nice), got a free massage from Philamassages and forgot my ID so I didn't bother getting a beer. Unfortunately it was impossible for me to find my teammates as those logistics weren't explained to us. Thankfully I live nearby and was able to meet my boyfriend back at home!

The Love Run is a great addition to the Philadelphia racing scene. Despite a few hiccups, I really enjoyed the uniqueness of the relay, plus it didn't hurt that I was able to finish in a time MUCH FASTER than I am used to! I'd definitely recommend it!

When it was announced that 2021 would be the last year for the Mt. Rushmore Half for awhile— had ...