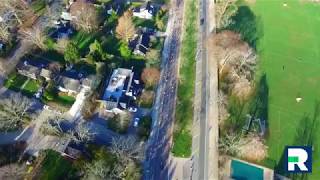 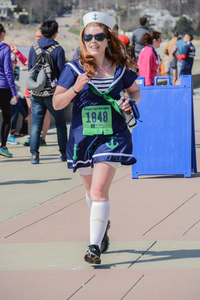 What did you think of the race? Share your thoughts! Write a Review
Sara D recommends this race
2018
"Breathtaking! "

Newport is one of my favorite towns on the East coast. With absolutely breathtaking views and awesome food, it's hard not to love it!

Registration: Registration was quite simple for this race. Registration prices can vary greatly between $50-$80 online based on when you register. As it gets closer to the race online registration prices increase, as it happens with most other races. I think this year there were VERY limited (if any at all!) spaces to register at the expo. I heard somewhere in the ballpark of 15 spots!

Expo/Packet Pickup: I was unable to attend the expo prior to race day, but I really wish I would have made the drive down to Newport. In previous years I had heard the packet pickup for Newport was easy with hardly any lines. I'm not sure what they changed this year, but it was probably the most nerve wracking part of my day. I got in line with plenty of time until the race and ended up running to the front of the line (sorry!) because the race was about to start. It was confusing as one line branched into gear check and there were 5k runners looking to get their bibs too. I had promised myself I would never do another race day packet pickup again after Providence last year...I wish I listened to myself. In all fairness though, Rhode Races DID warn everyone to try and come ahead of time if at all possible as they were expecting long lines on race day. I just didn't listen.

Swag: All runners received a short sleeved technical shirt in men's or women's cut. The design on it this year was super cute and very nautical (appropriate!). I really love the feel of it and can't wait to rock it on future runs. All half marathon and marathon finishers also got a GORGEOUS medal! They really outdid themselves in my opinion!

Start Line: I did not spend a lot of time in the starting corrals before the race started (maybe 2 mins tops) as I was waiting to get my bib. But everyone was asked to self seed based on projected finish times. There were also pacer groups spread out throughout the start.

Course: Wow, this one is a doozy! There was 400 ft elevation gain, which might not sound like a ton to some people from more mountainous regions, but for a girl from Cape Cod, it was really something. The first mile had a 70 ft climb and it felt like from then on things were generally uphill. Though it was generally uphill, besides the first big climb I felt like everything else was gentler and manageable. The course itself was absolutely stunning. It took you along some of the most famous streets in Newport as well as a nice long stretch down Ocean Drive with gorgeous breaking waves, sea air, and wonderfully expensive houses. That was definitely my favorite part! The crowd support along the middle of the course was sparse, but locals were definitely out and cheering throughout the 13.1 miles.

Aid Stations: There was an aid station every 1.5 miles (or so). They were well stocked with water at every station and Gatorade at every other station. There was 2 station with blocks and gels. The volunteers at the stations were so wonderful and encouraging.

Parking: Parking was not allowed at the start/finish line which is understandable. There was plenty of free parking in a nearby industrial park with shuttles to the start. The shuttles ran relatively regularly and got us to the start line on time.