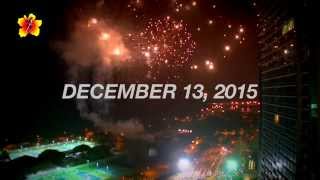 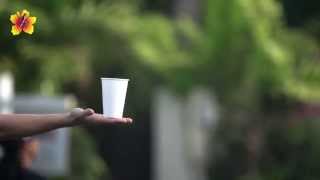 Write a Review
What did you think of the race? Share your thoughts! Write a Review
Erin recommends this race
2016
"Kalakaua Merrie Mile = A whole lot of fun! " 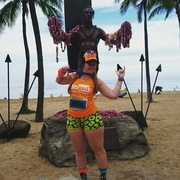 I’ve never run a mile race before and jumped at the chance to run the Inaugural Kalakaua Merrie Mile since I was doing the Honolulu Marathon. This race is so much fun, great for families and perfect to say you have run Waikiki!!

Registration:
Online and easy, it was about $35 for entry, and I think the late registration was $45. Registration closes a couple of weeks before the race however you can sign up at the expo if you’re around Honolulu, which a lot of people did.

Expo:
Held in the Honolulu Convention Centre, there is a seperate table for the Kalakaua Merrie Mile entrants opposite the Marathon tables.

Parking: Public parking is available at the Convention Centre. It was $10 and there were plenty of spots.

Swag:
You get a shirt when you pick you your bib, and it was one of the nicest race shirts that I’ve seen. It’s a nice technical fabric tee (red in colour) with the Kalakaua Merrie Mile logo on it. You also get a medal with the logo of the Mile at the finish line - which was a nice surprise!

Course:
A simple out and back, the race starts at Kapiolani Park, goes up 800m along the beachside and then returns to finish on the beach!

Corrals:
You are meant to line up by the colour on your bib, which shows a time scale that you’ll run the mile in. It did get a bit confusing at the start since there weren’t any colour signposts of where to go and it was just honesty that made people wait for their coloured start. In the end it didn’t really matter.

Atmosphere:
So. much. fun!!!! Everyone is there to have a good time and run a mile. There are costumes, people of all ages and then the elites. I really liked watching the elite race after we all had finished, you generally don’t get to see them in a race if you’re down the back!!

Once the racing had finished, the party started with some great Hawaiian entertainment and so much food! People were walking away with cartons of snacks! There was a bit of a queue by the time I got around to the finish (10:30 for a mile), so I skipped the majority of the food.

I don’t think I’ve smiled so much before in a race! I definitely recommend to anyone who is in town for the Marathon, or vacationing! Perfect for families too!